You guys might remember me as such characters as Stew AKA LoisMustDie AKA Stew.Old AKA awspie AKA Lord Rothschild AKA Scooter Shannon AKA Frisbee Fred AKA Churro AKA Nature Boy AKA Suicide Blonde AKA Ned Ryerson AKA Stewie AKA Nobody AKA... eh that's all I can remember and/or want to share..

So anyway how are you guys/gals doing? Me, I've been pretty busy busting my @ss fixing up a fixer-upper that I picked up for next to nothing. My brother wanted no part of it so I went at it solo. It seemed like a good idea at the time but geeze as time went by I think it would have been easier to bulldoze and rebuild than remodel/fix. But hey I'm on a first name basis with the peeps at lowes and today the place looks fabulous. I was going to flip it but I'm thinking it makes for a great Stew cave.

Aside from that the MAN still has me down, Sue is still keeping me in line and the fifteen year old turned sixteen which makes him a legal driver in the state of Oklahoma which means USAA has me by the nads for the kid's newly acquired priviledge. Living the dream I'll tell ya what.

So talk to me people…

Posts : 3915
Join date : 2012-06-20
Age : 70
Location : Lickskillet, Kentucky
2B84, Great to see you again! Say, if you're interested in fixer uppers, I'm trying to sell my Mother-in-laws place cheap. Since she's in a nursing home now, she won't need it and her daughters don't want it. If you don't want it, maybe you could tell me where I can rent a bulldozer? My best to Sue and the young (soon to be driving) adults (also to Malachi Kelly the cat-did I get the name right or even the right household?)! Fairly routine here in P'burgh. Lots of political calls asking for a vote & money. Pity we never pick up on them since we screen our calls on the answering machine. Have y'all gotten some rain & less-than-boiling temperatures out there finally? We need some spunk around here. I think Huck misses you?

Did you get your Birhtday video I sent to you?

Posts : 3915
Join date : 2012-06-20
Age : 70
Location : Lickskillet, Kentucky
Good thing Wally's originally from Russia. At least he can be sure he's probably not related to Boo-Boo's family. I don't think they spread that far yet! 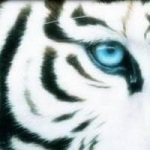 Posts : 42
Join date : 2012-07-03
I keep in touch with Crystal and Starlord. Crystal made a beautiful necklace for me that I wear often. Wish they would post here.

ript wrote:I keep in touch with Crystal and Starlord. Crystal made a  beautiful necklace for me that I wear often. Wish they would post here.

Re: how's everybody doing?