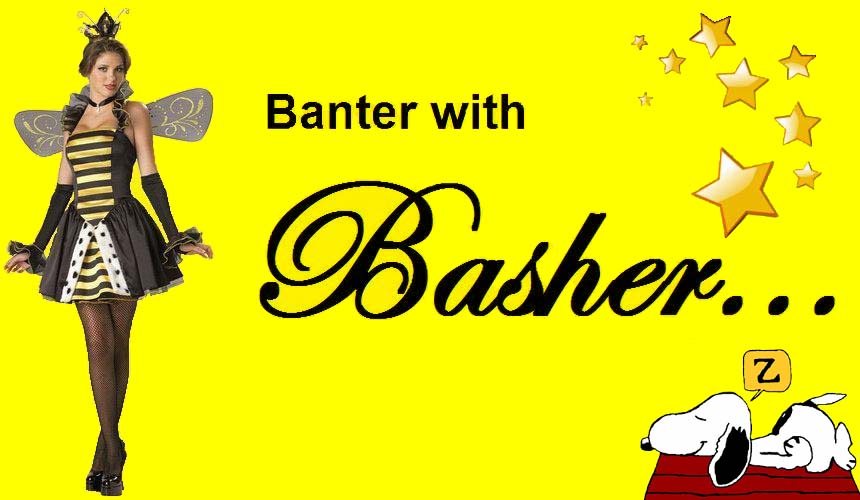 Banter w/ Basher » Politics » Soapbox » The burger that had too much salt.

The burger that had too much salt.


Purposely oversalted burgers
By Richard - 09/25/2010
It was early Saturday morning, when me and my friend decided to go for a ride, we stopped at the McDonald's here in Huron, Ohio, it's a small town, and sometimes the off hours food isn't what it could be, so we usually stick to peak hours to avoid dry and cold burgers. We drove up around 10:30 AM and ordered a McMuffin with egg and 3 Cheeseburgers, a Hamburger, and an orange juice, and a shake.

The Lady taking our order said we could still order McMuffins, but they didn't have Egg to go with the sandwich; my friend thought it would be alright since the first burgers of the day are fresh and hot. They took our money ($10.50), and said at the pickup window (after we got the shake and orange juice) to pull up and park (people were behind us) and that it would be 7 minutes. After we got our bag we pulled away - Down the road, the cheeseburgers were almost Cold and dry (...sitting around), the Mcmuffin was old and the hamburger was missing.

I told my friend who was driving that the food was CRAP again, I wanted to throw it out and was upset that it was SO BAD again! But she said, "We're taking it back!" We went back to the Huron McDonald's, and I tried to take it inside, but it only upset me more with 15 people in line. Then we went around the drive through, and she told them we were missing a burger and the cheeseburgers were 'not hot'. The lady that took our money before said, "They were just made fresh!" and gave us a dirty look as we pulled up to the next windows to see the Manager. The Manager apologized and in a couple of minutes gave us new burgers.

A couple of miles down the road we tried the hamburgers, they were fresh and hot; but after a bite, the burger were SO Freaking salty, you couldn't even finish it (it made me gag!) Then I gave her a Cheeseburger, and I tried a Cheeseburger. We couldn't take more than a couple bites before we had to stop! Everything they gave us was WAY too salty! She said "in the 20 years I've been eating burgers, I Never had a Burger this AWFUL, Ever!" They tasted like they were soaked in brine, it was so GROSS!

We called the Huron, Ohio McDonald's phone number on the receipt from the car, and complained about how the food was purposely oversalted because we went back for the burger we paid for and they didn't give us; and how cold the "Made Fresh" Cheeseburgers were.

We were put on the phone with the Manager (Melisa). The girl who answered the Phone said the Manager cook the Burgers herself. The Manager apologized up and down. My Friend explained to her "it wasn't funny, or a mistake; that all the new burgers were intentionally oversalted and made inedible".

How can people be so Petty! They throw tons of food away everyday, but Don't ever take food back to McDonald's, these malcontents will spit in it or worse to "get" back at you. I'm sure those delinquents thought they'd show us...


The Straw That Broke the Camel's Back
By Churro - 07/14/2011
MIDWESET CITY, OKLAHOMA -- I'm letting my angry inner child type this one out because I'm mad as hell and I want this to be largely extemporaneous and unedited. Ya know I'm usually the sensible one on my3cents but this time I'm playing the rage card. I think I've earned that privilege.

I wake up this morning feeling good and with an appetite for the first time in a long time. I got a little pep in my step and a hunger in my belly and McDonald's on my mind. I order my breakfast burrito and *rolls eyes* *finger quotes* UNSWEET *finger quotes* iced tea, pays my $2.16 and drive off. Sounds like a happy ending, right. Oh HELL NO. Not by a long shot. I reach in the sack for my straw so I can sip some iced tea and you ain't going to believe this but Jar Jar Binks forgot to give me a straw. Yeah. No straw. What the bloody hell?

They SCREWED with the WRONG guy this time. I'm never going to McDonald's again. NEVER EVER ANYWHERE. McDonalds in Texas? NO! In the Kansas? NO! On a turnpike or in a Walmart or at a mall food court? NO! NO! NO!!! I AM DONE with McDonald's and I might add for morally superior reasoning. Bottom line, you just don't treat people like that so early in the morning. It's just that simple. 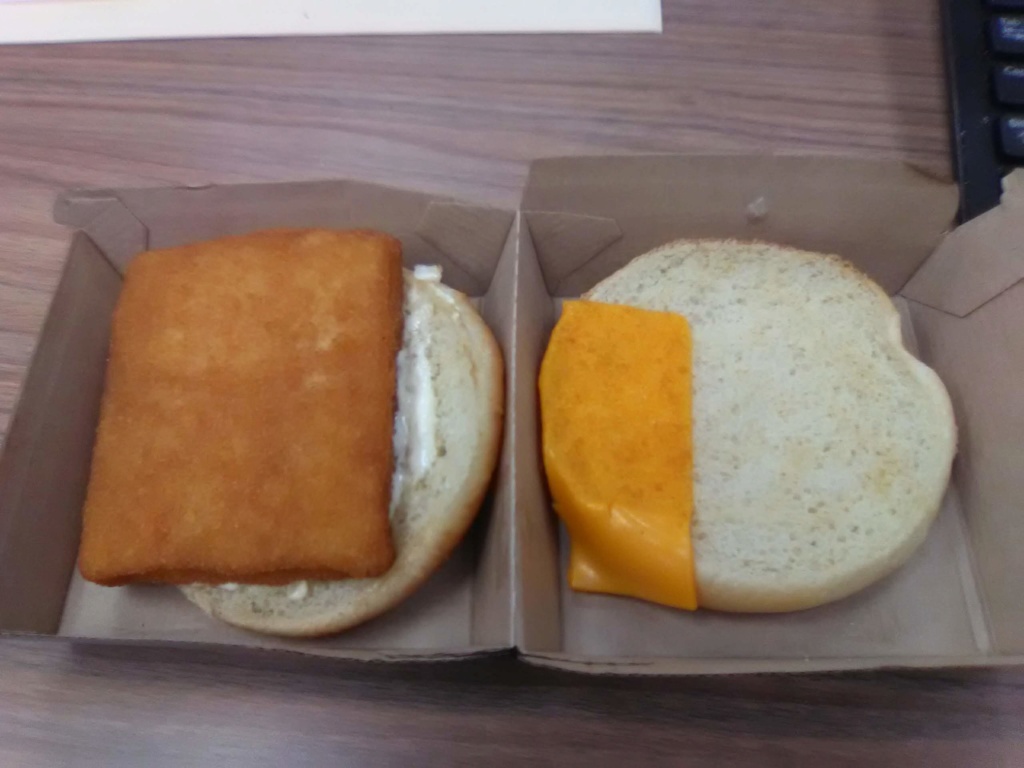 DebtorBasher wrote:This is how MY McDonalds fish sandwich was put together....can't even get the 1/3 slice of artificial cheese on the bun. We don't have to discuss the 5 pounds of tartar sauce on it. *Pirate agrees*

Re: The burger that had too much salt.

Banter w/ Basher » Politics » Soapbox » The burger that had too much salt.